Turn the Channel Would You, This Sucks! 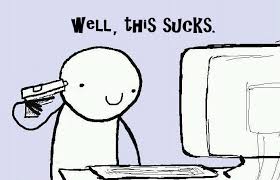 Television is perhaps the greatest invention ever made, alas, many take advantage of the medium to abuse audience members with utter rubbish. So, rather than list out all the good thing about TV, lets all remind ourselves of the utter rubbish that once spewed its way onto the set and into our living rooms.

Here are the worst TV shows to ever be made in the history of the world.

Did anything good ever come out of the 90s? well, a case and point that the 90s sucked is this god awful tv show that sprung up in 1994 and only lasted 40 episodes, which is 40 episodes too many according to the viewing.

This tv show has gone down in Kiwi folklore, it put its actors into hiding and producer Ross Jennings into obscurity. Now, the ending was ironically the only funny thing about this sitcom, however, by todays standards of car crash telly, this would have been at the forefront of disaster tv.

On a scale of how much it sucked, this scores a suck rate of 9⁄10. Sucking the life out of me but not enough for me to turn it over and spare my demise.

You know that scene in the Titanic movie where the old granny reminisces that “it’s been 84 years” my feeling exactly about this mind-numbing soap opera. It’s been floundering on our televisions since 1992 and in heading towards 7,000 episodes this year (2020).

The soap is set in a hospital, the irony being its viewers are the ones dying from boredom. This show has it all, the kid that didn’t listen, the affair that didn’t pan out, the old lady that took more than 10 of the episodes to die, the wedding and so on and so on. Basically, you will have already watched this in your minds-eye of predicting the obvious.

A gambler dies in mysterious circumstances, umm, nothing mysterious if you wrack up thousands in unpaid gambling debit because your rubbish at betting on horses and you have a strange predilection for playing poker online and not knowing how to play and still lose whatever money remains. Just one of the mysteries that haunt the people of Brokenwood.

The only mystery is how they managed to make 3 seasons of this show, which is supposed to be a comedy drama, but I’ve witnessed more comedy at a funeral. Which is where this show should end up, buried and a few polite words spoken in remembrance.

On a scale of how much this sucked this comes in with an 8. I spared to points of suck because it pleases me the rumours of this coming to an end might be true.

And that rounds up the top 3 tv shows broadcasted in New Zealand that completely sucked and I’m more than certain they will not be that last. I exempted reality shows from the list because I didn’t wish to spend 3 hours of my list developing a list of 50 shows scoring each one 10 out of 10 on the suck scale.